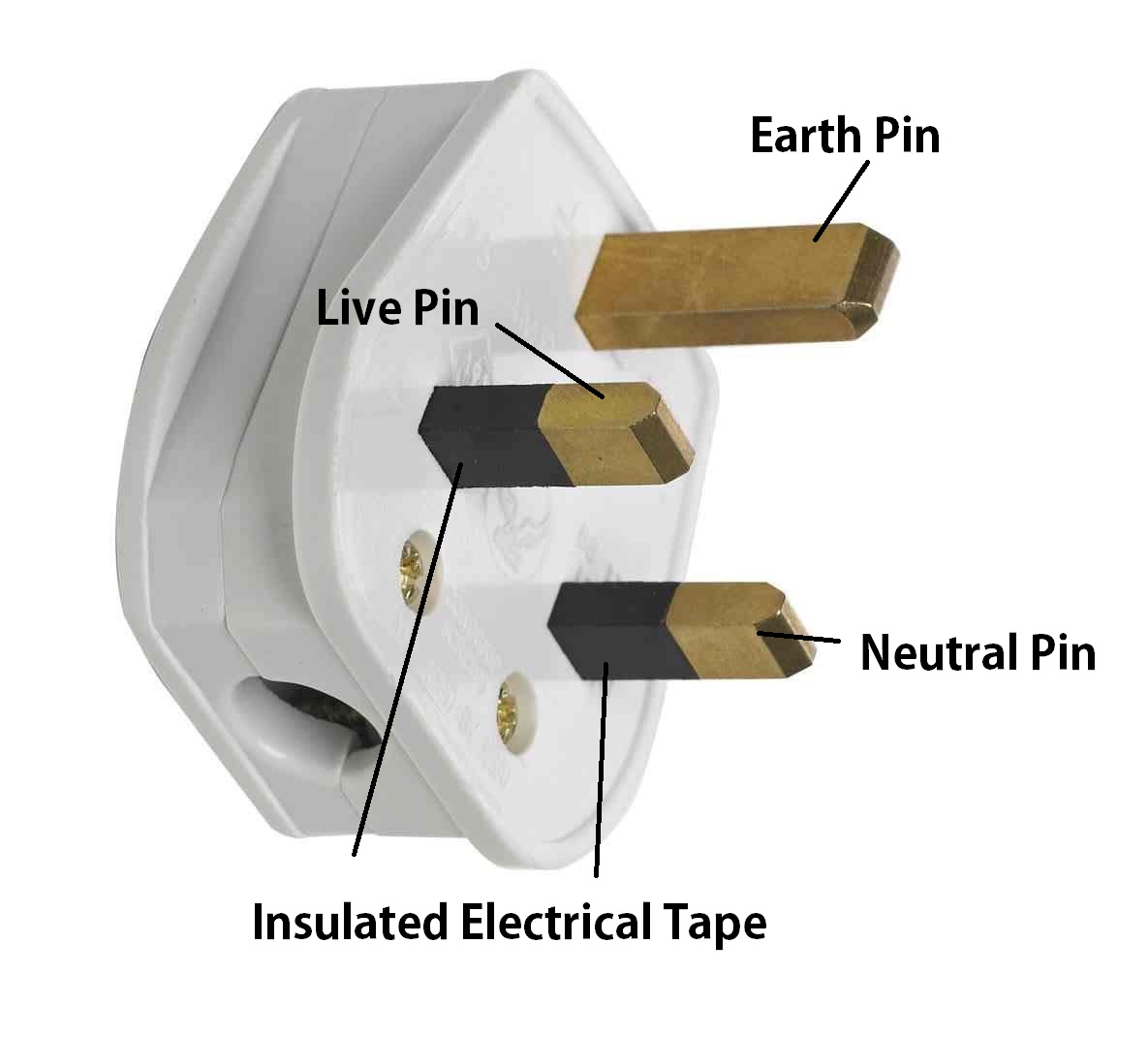 If you look at the above image you will see that the pins are metal all the way down and have live electricity running through them, if the plug is not flush against the wall then the metal is exposed and has live electricity running through it. However on British plugs the lower portion of the live and neutral pins is covered in insulated electrical tape which means that if the pins are pushed in far enough to make a connection then only the tape is exposed  which doesn’t conduct electricity like the bare metal.

During World War 2 we had a shortage of copper wiring, as such it was cheaper to have the house on one giant circuit and put a fuse in each plug, it was actually a lot safer. If a sudden electrical surge occurs the fuse is connected between the live wire and the live pin and if it overloads, instead of catching fire, it just shorts out stopping the electricity from going anywhere.  Inside the plug the earth also has extra cable compared to the other two wires, so if they get tugged or pulled then the ones carrying electricity will be pulled out but the one keeping the electricity away from you will remain intact.