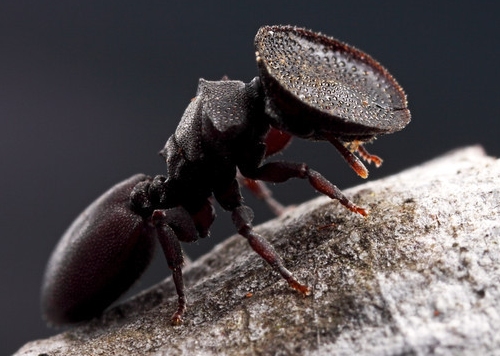 Ants are one of the oldest species of insect on Earth and inhabit almost every landmass today. It is an interesting fact that the total biomass of all the ants on the earth is roughly equal to the biomass of all the humans, how can this be when they are so tiny? Simple, there are around 1.5 million ants on the planet for every human and over 12,000 different species, for every single acre of land in the rainforest there are estimated to be 3.5 million ants.

One of the more interesting species of ant are the Cephalotes ants, more fondly known as the door-headed ants. These ants make their nests in holes in trees formed by wood boring beetles, however there are other ants and insects that also want to live inside these nests or even eat the ants, that’s why they need a door to keep other nosy insects out. The ants don’t use a block of wood like we do, they use their own heads.

The head of this species of ants is the perfect size to block holes in the trees and they act sort of like a cork. Certain ants are designated as the doors and when an ant want to be let out or back in he simply gives the door-ant a little tap and he moves his head to let him pass. 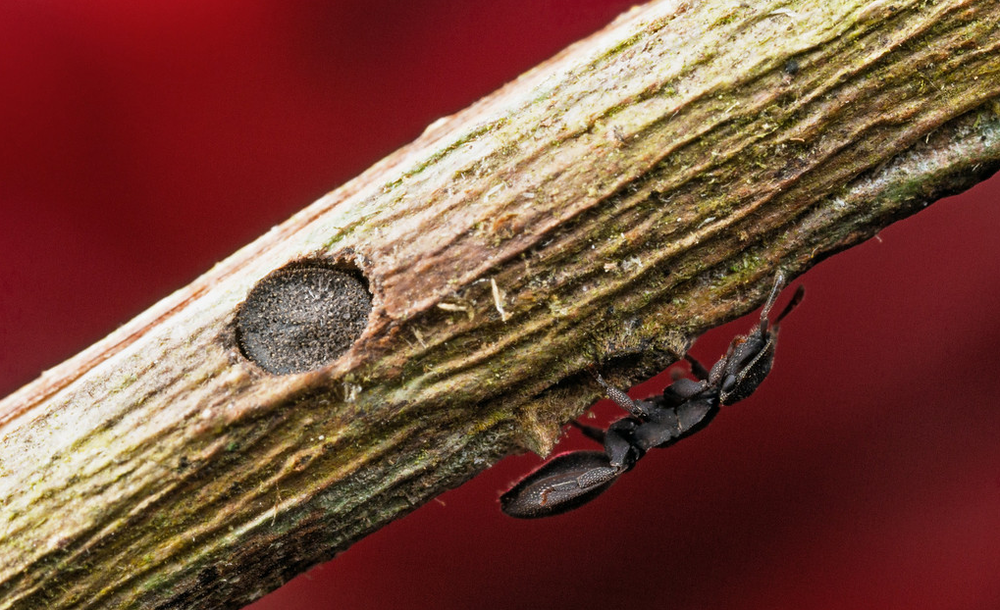 There is also a species of ant that explodes its own head when threatened releasing a lethal yellow goo!

Why are Flamingos Pink?
animalsantsfactsinsectsinterestingplanet earth