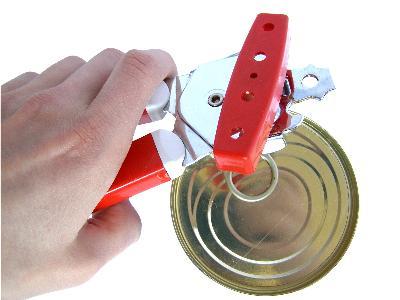 The patent was sold in 1812 to two Englishmen named Bryan Donkin and John Hall, where they proceeded to set up the world’s first food canning factory, where they produced canned goods for the British army. However, the men receiving the canned goods had a spot of trouble getting at the food within, as a dedicated device to get at the food had not yet been invented, and the tins themselves were incredibly thick, heavy and robust. The soldiers had to break into the cans using whatever tools they happened to have available, commonly a hammer and chisel! It wasn’t until 1855 that a device for opening cans was finally invented, Robert Yeates devised the first primitive tin opener with a claw shaped design to cut around the top of the cans. As canned food was becoming more and more widely used, more advanced can openers were soon to follow. 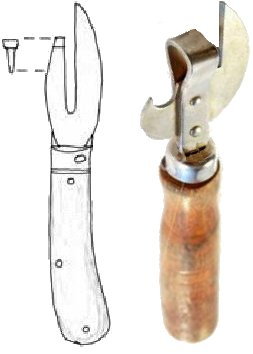 When the tin can was first invented they could produce them at a rate of 6 per hour, nowadays with our new technology we produce modern aluminium cans (used for storing beverages) at a rate of around 6 million an hour and with new developments in recycling the metal used in a metal can can be recycled and back on the shop shelf within 2 months of use, using 95% less energy than creating a new can from raw materials. If you don’t recycle the can, it can take around 200 years to decompose in landfill.

The War between Margarine and Butter

Why do we have Christmas trees?
canfactshistoryinterestinginventionopener