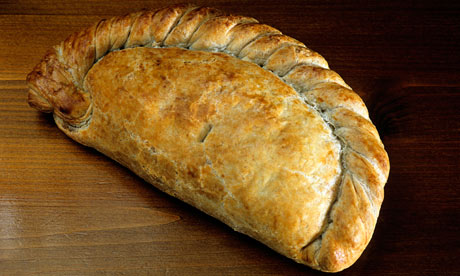 In the Mexican mountain town of Real De Monte, over 4500 miles away from Cornwall and the home of the Cornish pasty, exists the worlds only museum dedicated to the savoury snack.

The Cornish pasty came to Mexico in in 1824 when miners and their families from Cornwall came across to assist with the local silver mining industry. When they moved across they not only brought their mining expertise and equipment but also brought their keen taste for pasties and the knowledge of how to make them, which caught on quickly with the local community. Cornish wives would teach their maids how to create the pasties who in turn made their own for their own family.

The museum in Real De Monte tells the history of Cornwall and the Cornish pasty and lets visitors create their own pasties under expert supervision from the local pasty makers.

Every year in October Real De Monte is also host to their own International Cornish Pasty Festival which lasts 3 days. The Prince of Wales and Duchess of Cornwall have also visited the Mexican town dubbed “Little Cornwall”.

While Real De Monte is currently host to the only Cornish Pasty Museum in the world, it won’t be for long as plans are currently in place to bring a similar museum to Britain.