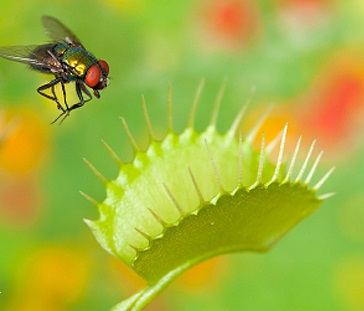 We don’t often allocate intelligence to plant life, and the majority believe that they just sit in one spot and get on with growing and they have no methods to defend themselves against anything that might want to eat them. However this isn’t true, many different plants have various methods of self-defence and interesting techniques to stop being devoured, with some of them being rather clever.

Many plants have direct defences to combat insects and animals that might want to eat them, for example some plants, such as roses, grow thorns or prickles. These thorns are very sharp and act as the “teeth” of the plant to ward off predators. A hungry herbivore won’t want to eat them if they are going to get hurt in the process!